Not so long ago, there were times when I thought I would never see this day.  Thanks to all of you who see me through and make all my days special.  And of course, there was this... 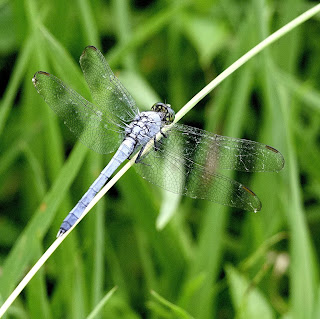 Yes, this is my 4th Morris Blazer!  Here are the previous renditions: 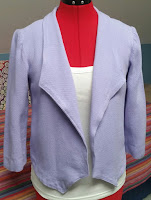 This one is okay...though the material is a poor choice....for just about anything...actually!!!  It feels nice to the hand, but is a woven with NO give that snags on anything that comes near it!!! 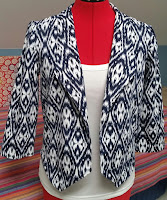 This one has been a real favorite....from a nice weight stretch denim that Ruthie gave me.  It is a perfect fabric for the blazer!!!  I posted about making both of them here:   The Morris Blazer and other sewing, July 2015 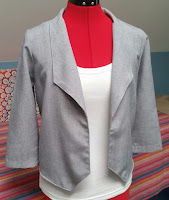 This one, from a nice light weight suiting, washes up and wears well and made up very easily...despite my having to create a disaster through my ironing!!!  Posted here:  Sew Chaotically! - April Fool!

There was also the little vest I made up for Roo, using the Morris Blazer as well:  Morris Blazer 'vest'
So maybe that means this is blazer number 5!!!?


Anyhow, when packing for an upcoming trip, I kept thinking I needed to run to Target in hopes of picking up a little red sweater to go with all the blue, black and white items I was taking!!  Suddenly, I realized....No, I didn't!!!  I just needed to make up a little RED Morris Blazer from a soft, red ponte I already had!!!  Sooooooo - I did! 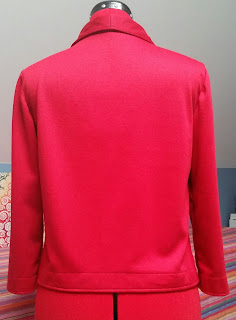 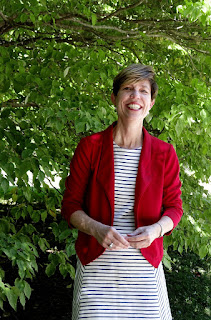 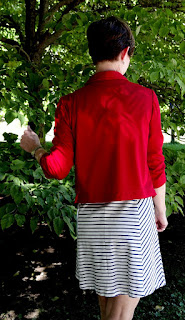 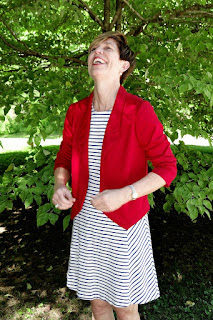 Thanks for finding the MORRIS blazer for me, Ruthie!!!  For those who don't know, it is from Grainline Studios.  There is even a sew along....that I only discovered when making the last one.  Here's a link:  Sew Along for the Morris Blazer  It's really great and would have done me a world of good had I found it when I made the first one!  It is broken down in parts and starts with choosing fabrics!!  At the end of each section, you just click on the next step.  If you like the look of a blazer like this....I highly recommend it!!!  I luuuurve it!!  Sew Chaotically!!! - c
Posted by Les at 9:52 AM 1 comment:

More important points to keep in mind when reading scans!!!!

We have already learned that responses to immunotherapy may be delayed; that there can be pseudoprogression....where tumors look as if they have grown due to the influx of fighting T cells and inflammation and mayhem that causes.  But now, there's this:


FDG-PET scans were performed on twenty seven patients with unresectable stage IIIC or IV melanoma after prolonged treatment with anti-PD-1 antibodies to examine the hypothesis that patients with prolonged response to treatment may have metabolically inactive lesions by FDG-PET. Scans were performed at a median of 15.2 months (range 12-29 months) after starting treatment. Overall 15/27 (56%) patients had a positive FDG-PET scan. Eight patients with positive scans underwent biopsy; 5/8 (62%) were melanoma and 3/8 (38%) were immune cell infiltrates. Of the 12 patients with negative FDG-PET scans, 6 had residual CT visible lesions, 5 have ceased treatment and none have recurred with follow up of 6 to 10 months. Patients with residual metastases after a prolonged period without progression on anti-PD-1 therapy may have metabolically inactive lesions. Isolated metabolically active lesions in clinically well patients may reveal immune cell infiltrates rather than melanoma.


I first reported on this treatment in this link from ASCO 2015:

Within, among other reports, there is this:

Intratumoral IL-2 is highly effective and well tolerated, but does not generate systemic immunity or response in untreated lesions.  IV ipi lowers the threshold for T cell activation leading to a durable clinical response in a minority of melanoma patients, but is associated with potentially severe toxicities.  Since IV ipi doesn't have tissue distribution, circulating anti-tumor T cells activated by the drug may differ greatly from tumor infiltrating lymphocytes activated by INTRATUMORAL ipi in terms of quantity and quality.  Therefore, we hypothesized that a combination of IT IL-2 and IT ipi would effectively hyperactivate and expand TILs to engender systemic immunity with minimal toxicity.   This phase 1 dose escalation trial for ipi and fixed dose IL-2 involved patients with unresectable stage III/IV melanoma and at least one injectable lesions.  A single lesion in each patient was treated with IL-2 IT TIW for 2 wks, then BIW for 6 wks, with escalating doses of ipi IT weekly for 8 weeks.  RESULTS:  12 patients were treated with 3 ipi dose levels.  Treatments were well tolerated.  The only grade 3 toxicity was injection site/tumor necrosis, not dose limiting.  Other toxicities were grade 1.  An abscopal effect (response in a least 1 NON-injected lesion) was seen in 9/12 patients (75%).  10 patients were evaluable for immune response:  4 with partial regression (40%) and 6 had progressive disease, though later one PD was later found to be a complete response by resection.  The 2 nonevaluable patients had regression of multiple skin lesions.  An increase in the frequency of IFN producing CD8+ T cell was detected in 6/8 abscopal responders.  Tbet+ and granzyme B+ CD8+ T cells were observed in 4/5 and 3/5 responders tested, respectively.  Researchers plan to conduct a phase II trial using IT Ipi/IL-2 in conjunction with systemic immunotherapy.

Above, these researchers state that they are planning to conduct a phase II trial with this treatment process, possibly combined with systemic therapy...but this (below) was recently published:  (I left all author names so you can note the researchers.)

Twelve patients with unresectable stages III/IV melanoma were enrolled. A standard 3+3 design was employed to assess highest tolerable intratumoral dose of ipilimumab and IL-2 based on toxicity during the first three weeks. Escalated doses of ipilimumab was injected into only one lesion weekly for eight weeks in cohorts of three patients. A fixed dose of IL-2 was injected three times a week into the same lesion for two weeks, followed by two times a week for six weeks.

Intratumoral injection with the combination of ipilimumab/IL-2 is well tolerated and generates responses in both injected and non-injected lesions in the majority of patients.

So...this appears to be the same 12 patients originally reported on....perhaps with a bit more information upon follow-up...with the abscopal response rate being reported at 89% vs the 75% noted in the earlier report.  Or maybe they just needed to have one more article published for their advancement in academia?  Who knows?  Still looks promising.  Don't know why they haven't done a phase II study.  Though I did find this....a phase II study conducted in Germany with no results publishes as of July 6:  clinicaltrials.gov - intratumoral ipilimumab and interleukin 2


Thanks to dear Eric who shared this report with me:  UCLA study unlocks key mechanisms that determine acquired resistance to immunotherapy in advanced melanoma

Here the author talks about work Ribas and others are doing to figure out how melanoma, once responsive to immune check point inhibitors (like anti-PD1), becomes resistance and tumors begin to reappear and progress.  Through biopsies, researchers looked at tumors of patients given pembro BEFORE treatment and compared them to biopsies after relapse.  They found one tumor no longer showed the gene B2M thus changing how the immune system recognized the tumor.  Two other tumors changed the function of genes JAK1 and JAK2, again limiting the ability of T cells to recognize and attack the tumor.

Here's a link to the actual study:  Mutations associated with acquired resistance to PD-1 blockade in melanoma

Approximately 75% of objective responses to anti–programmed death 1 (PD-1) therapy in patients with melanoma are durable, lasting for years, but delayed relapses have been noted long after initial objective tumor regression despite continuous therapy. Mechanisms of immune escape in this context are unknown.  We analyzed biopsy samples from paired baseline and relapsing lesions in four patients with metastatic melanoma who had had an initial objective tumor regression in response to anti–PD-1 therapy (pembrolizumab) followed by disease progression months to years later.  Whole-exome sequencing detected clonal selection and outgrowth of the acquired resistant tumors and, in two of the four patients, revealed resistance-associated loss-of-function mutations in the genes encoding interferon-receptor–associated Janus kinase 1 (JAK1) or Janus kinase 2 (JAK2), concurrent with deletion of the wild-type allele. A truncating mutation in the gene encoding the antigen-presenting protein beta-2-microglobulin (B2M) was identified in a third patient. JAK1 and JAK2 truncating mutations resulted in a lack of response to interferon gamma, including insensitivity to its antiproliferative effects on cancer cells. The B2M truncating mutation led to loss of surface expression of major histocompatibility complex class I.  In this study, acquired resistance to PD-1 blockade immunotherapy in patients with melanoma was associated with defects in the pathways involved in interferon-receptor signaling and in antigen presentation.

For participation...ratties must have a solid tumor from a variety of cancers, melanoma included, and for part 1b, must have  "documented confirmed disease progression on a prior PD-1 pathway targeted agent or must be PD-1 pathway-targeted treatment naïve."  Exclusions include active or inactive autoimmune process or immune suppressive treatment 14 days prior.  Appears to be recruiting actively in:  Santa Monica, Washington D.C., Port St Lucie, FL, Durham, NC, and Pittsburgh.  Not yet recruiting in:  NY, Boston, San Fran.

For what it's worth.  It is very hopeful that researchers continue to seek to find answers as to why some folks fail to respond to immunotherapy and others fail to maintain that response!!!  Keep on hanging on, ratties!!! love, c
Posted by Les at 8:56 AM No comments: