For me...stories of love and support...from one person to another...no matter how difficult the circumstances, no matter how futile the effort may appear, no matter how seemingly small the event, proves to me that there are angels among us, who know how to really live, how to share their heart, and how to make those in distress and pain find ease.  I hope the following angels that I have stumbled upon touch your heart as they have mine.

From a mom, who puts aside her own fears and pain so willingly to fully embrace her daughter's life, love, disease, struggle and spirit.  I am full of admiration for them both.  I can only hope that I would do half as well.....

Maybe you need to watch "The Princess Bride" first.  As it was one of the first movies Brent and I shared, it has always held a special place for me.  Funnily, I was just quoting this particular line...."Hello, my name is Inigo Montoya. You killed my father.  Prepare to die."....just yesterday, making a similar point as this writer, though not as well.  On the other hand, the love Al shared with his brother, comes through loud and clear, no reference point needed...

And then, there are strangers, who no longer are...  Who have gone out of their way to think of me and lift my spirits.  Jeanne has done that many times, perhaps not even fully realizing her gift.  Thanks.  You have meant so much.

Read her Nov 18 entry: if i ruled the world...part one

To all my angels...I appreciate you everyday and am ever so grateful to have you in my life.  I hope you know it.  Love - c
Posted by Les at 3:22 PM 1 comment:

Weber and Sznol chat about ipi and anti-PD1

Sznol:  The most important data from the abstracts relate to long-term survival with ipilimumab....  Those studies have consistently shown a flattening of the curves at 3 years. So, the survival at 3 years, at 4 years, and at 5 years is very similar, suggesting that you are getting long-term durable responses in these patients.

Weber:  It sounds like we could possibly even use the phrase functional cure for some of these patients. Do you think that is realistic possibility?

Sznol:  ...for our own patients and for some of the patients treated in the phase 2 trials, we have had follow-up going beyond 5, 6, or 7 years that shows no evidence of relapse.  You can actually start using the word cure for some of these patients.  Of course, one never knows whether they might relapse at 10 or 15 years, but still, 8 to 10 years without any evidence of progression would functionally translate into cure.

Weber:  Michele Del Vecchio [reported] a significant number of patients who received reinduction therapy.  We don't have a lot of data about the outcome for those patients, but what do we see here?

Sznol:  ...their data is impressive and are consistent with data that were presented by...Hodi.  [Patients with an initial response to ipi...stable disease or some evidence of clinical regression....were allowed to receive another 4 induction doses of ipi if they had disease relapse or progression after 24 weeks.]  It really suggests and it has actually been true in our own anecdotal experience that patients who have an initial response to ipilimumab or prolonged stable disease followed by disease progression can get additional benefit from another 4 doses of treatment.

Weber:  Let's talk about that PD-1 abstract [by Sosman].

Sznol: ....This is probably the most active melanoma drug we have ever administered and one of the best tolerated.... The overall response rates went up a bit since the ASCO presentation and are now around 31%.  The durability of these responses are impressive.  When I looked at the data recently, I believe they showed that 70% of the patients still have ongoing responses, and several of these patients have responses out beyond 2 years.....This is probably the best drug that we have for melanoma.  I myself have treated 16 patients in that trial with metastatic melanoma; 5 of those patients have near-complete responses, and none of them have relapsed.  One patient is now at 4 years without progression....

Weber:  Data I presented at ESMO suggest that it may be useful to sequence PD-1 and ipi.... People who fail to rspond to PD-1, which is still 70% of patients given the drug, up-regulate CTLA-4 on the CD4 and CD8 cells; this suggests that if you are given PD-1 first and do not respond, you might subsequently respond to ipilimumab.  That might push the response rate up to very high level indeed.

Sznol:  Your data actually provide a strong rationale for combining these agents; that is based on important clinical correlative data.... Even if you sequence them, because of the long half-life of the antibodies, you may well see more autoimmune toxicity.  The question is whether that toxicity will be manageable, whether the risk-benefit ratio will be acceptable.  But my own guess is that this will be a more active combination and I believe the toxicities will be acceptable and manageable.

This is the first time I have ever heard the word "cure" come out of the mouths of these babes!!!

A 10 year "CURE" is only awesome when you are a melanoma patient.

Go Alan K!!!!  I know your numbers are represented here.  Keep on keeping on!!!!

Yeah, buddy.  Bout to go get some more bug juice and have currently been experiencing skin flares like nobody's business for the past couple of weeks.  But, compared to dead.....bring it on.

I am lucky smart guys keep working on these things.

I am glad I have a SUPER smart guy in my corner.  Thanks Bent. 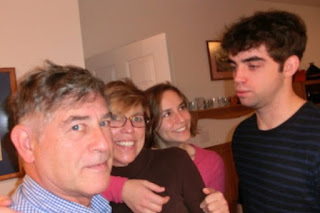 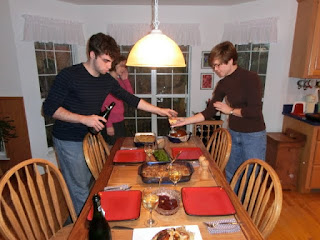 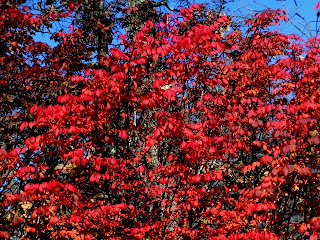 You only have to be alive for about ten minutes before you realize that this world can dish out some unfair crazy crap that really, really sucks.  But, so what?  Right after that, you will be given a rainbow.  I promise.

Now before you start smirking and raising your eyebrows...NO!  I am not going to tell you..."I am so glad I got cancer. It changed my life in beautiful ways."  Absolutely not!  Melanoma has been a pain in the ass, and other places...for ALL the people in my life...not just me.  It has not been fun. It has cost me time and treasure.  It has caused worry and stress. However, I HAVE been given a gift.  I am still here.  Most people in my shoes get to walk in them for about 6 months. I've been wearing my Stage IV melanoma kicks everyday for almost three years.  Much, much longer than I ever dreamed.  So...did melanoma change my life?  Most certainly.  I am more appreciative of love and humor.  I am incredibly good at prioritizing.  I am not about to let a little pain or a lot of worry completely ruin a day.  I don't know how many more I will get to have, so I am not about to waste one.

But the truth is...we all have an "expiration date".  Most folks just don't have as clear a heads up about when that is.  I would like to think I would have fully appreciated the love and generosity so freely given by so many in my life without melanoma in it as well.  Maybe I would have/did.  But, who can say?  What I can say, today, with certainty...is that I do now.  Today.